While Monitoring Ch 16 VHF, Kevin Rowlette of Husky Salvage and Towing heard a distress situation occurring in the area of Great Camanoe, British Virgin Islands.  Husky Salvage and Towing departed Nanny Cay Marina with a crew of three and ‘Husky Chase’.  ‘Husky Chase’ arrived on the scene and ‘Early Bird 1 ‘  was found to be sunk with only her bows and fly bridge bimini visible, her bow pointing to the beach and being heavily beaten by the swells.  Winds where strong at 25-30 Knots with exceptionally large North swells.  The crew of ‘Early Bird 1’  where off the vessel and where uninjured and safe.  Within a couple of minutes of Husky Chase arriving on the scene, the situation deteriorated rapidly and ‘Early Bird 1’ was totally destroyed.  Husky Salvage and Towing assisted with the clean up of debris from the total destruction of the vessel. 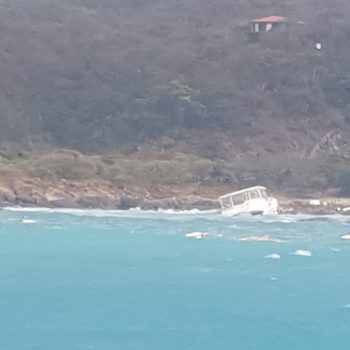 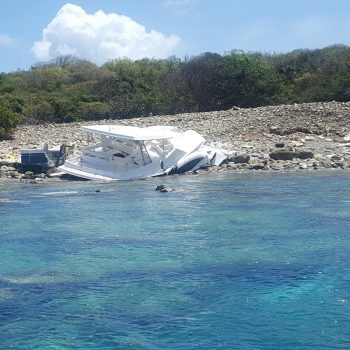 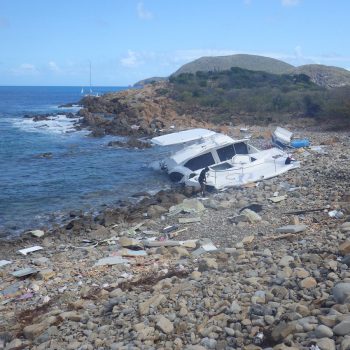